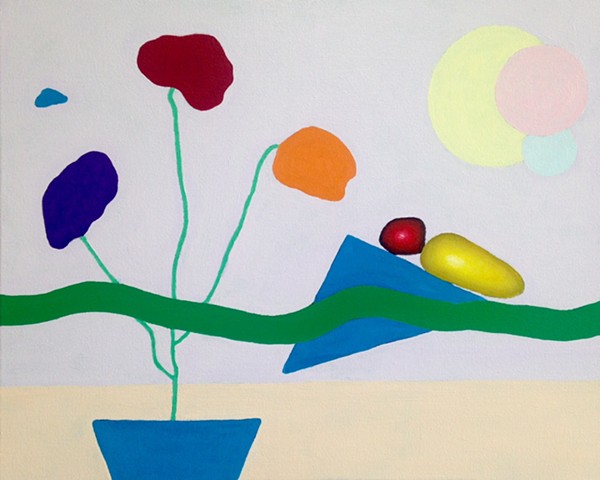 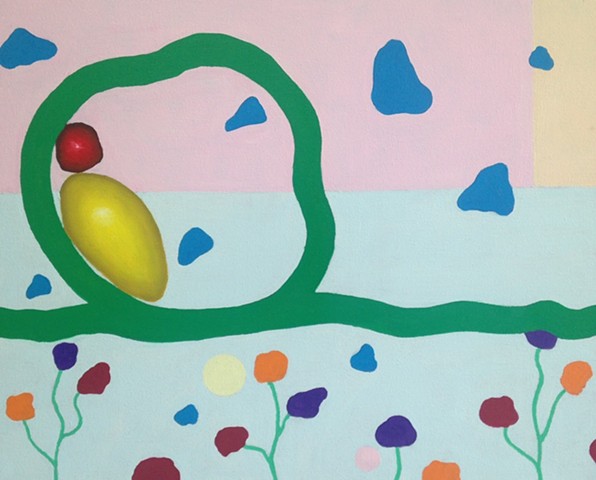 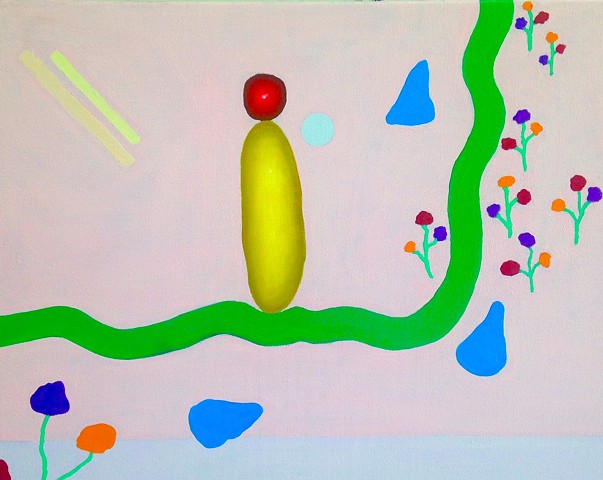 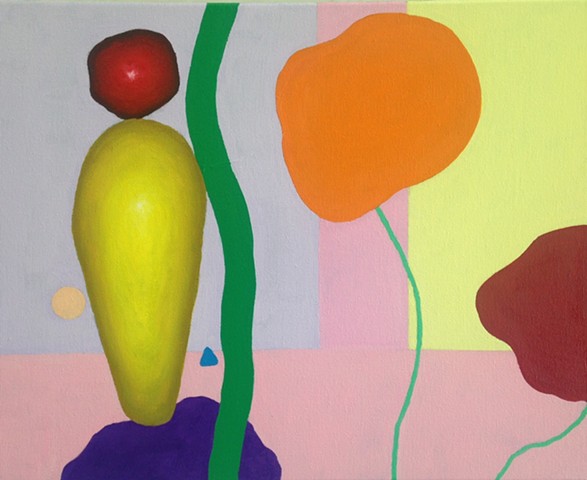 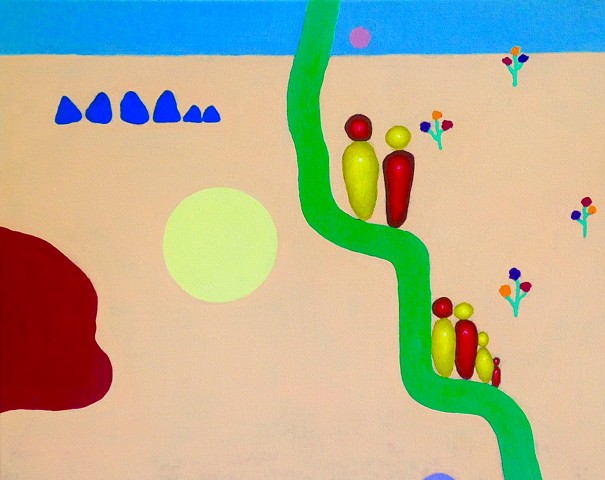 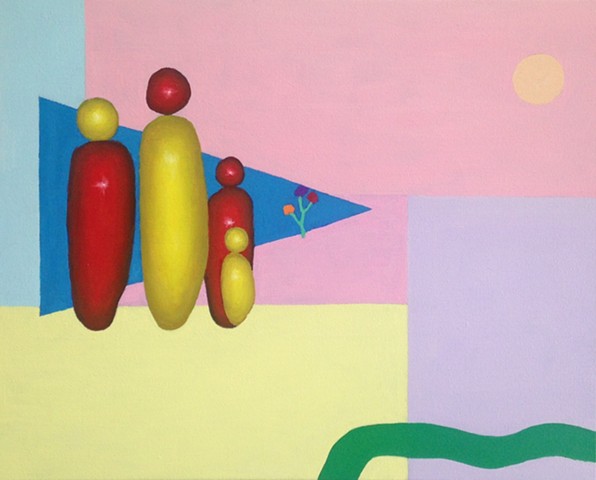 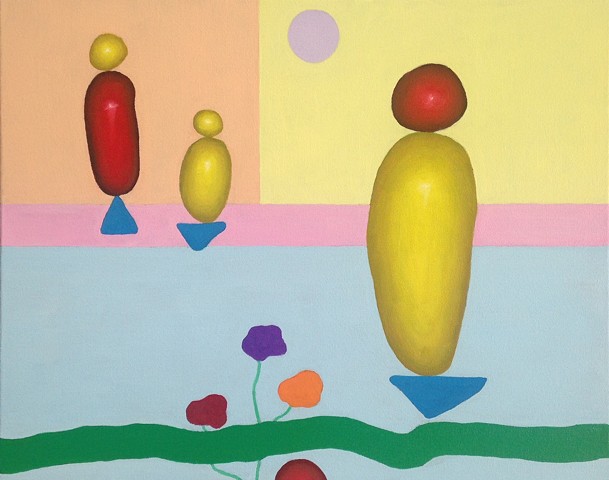 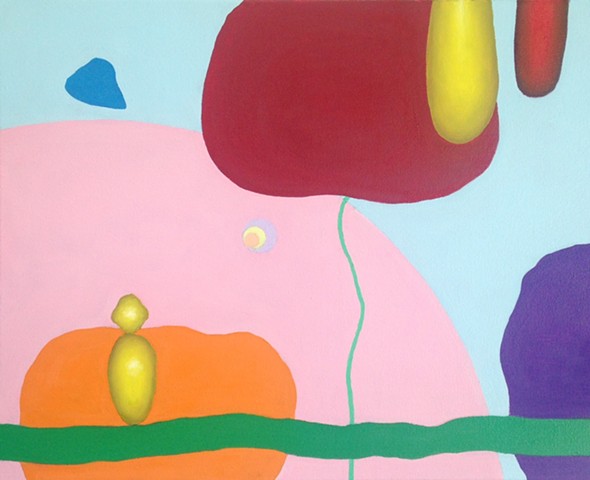 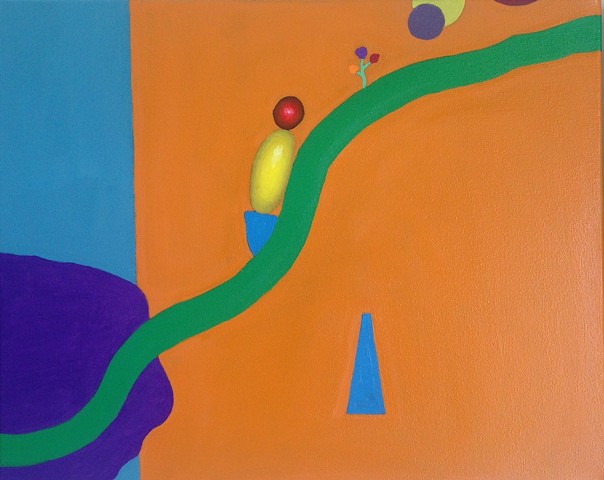 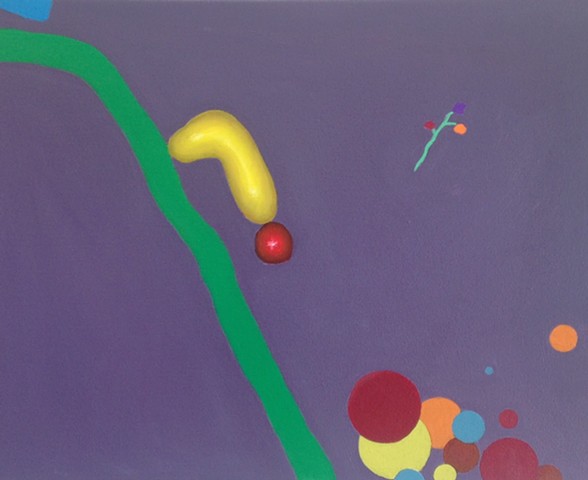 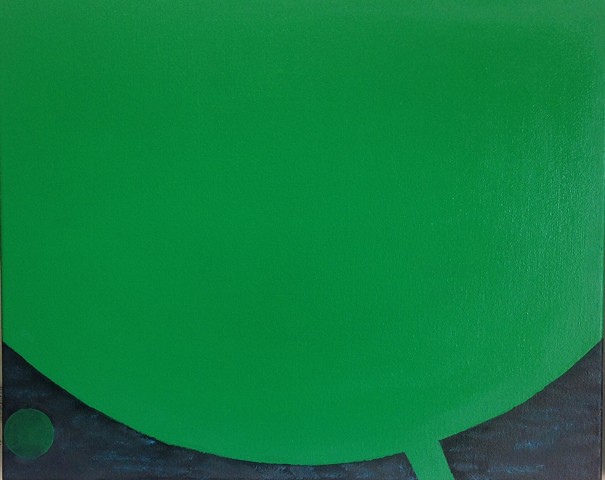 When I decided to do a series for a solo exhibition in Decatur, Georgia, I put eleven equal sized canvases on the studio wall and studied them. I followed them left to right, looking for something they might share. Soon enough, a line appeared. When it did, I knew there was a narrative to follow.

The line, immediately in green, wanted to be its own master--coming and going from each canvas in a mysterious path. Once it had made its way to all eleven, the questions began. What was the line? Did it have some function in the worlds it had begun to define? What was to be found along the way? I tried to answer these questions with individual paintings which would show what was going on at different times as the line moved along.

I wanted something alive to follow and that’s what the red/yellow figure was to represent. It did not matter if it was symbolic of a person, an animal, a dream, an idea, a work of creation, or a universe. That living being was the hero in this painted narrative.

Other beings came and went in the life of this hero. Love seemed to be involved, family, loss, loneliness. At each point along the way, no matter how easy or difficult the time caught in the painting, there was beauty--the flowers. As the progression continued, it became clear that there were also worlds in the deep distance which became visible if sought out. I did not know if the being was aware of them.

The blue shapes often shifted, taking on different roles in the life of the hero. Sometimes, they watched or watched over. Other times, they supported directly, prevented a fall, or provided direction. They might have been wiser beings, larger forces, angels, mysterious benefactors, celestial observers; I didn’t define them as I worked.

What the series means is left to you. My interpretation is no more valid than yours and I am reluctant to offer it. I can tell you what I was thinking as I worked and that’s what I’ve tried to do here. I thank you for exploring each painting and wish you a joyful and astounding walk along your own green line.